Guatemala, Heart of the Mayan World

The Guatemalan territory offers a complete variety of the different facets of the Mayan world, since it has different natural areas, archaeological sites and indigenous communities. 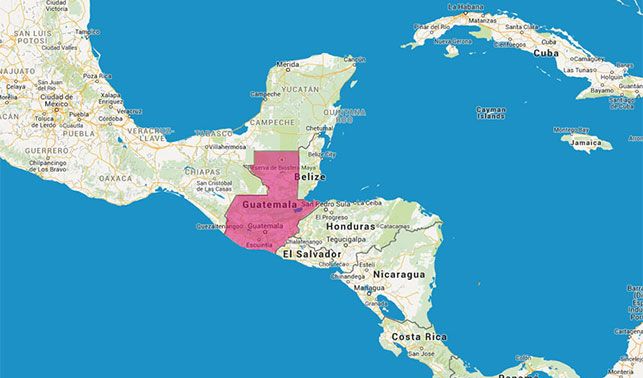 One of its major regions is Petén, which forms part of the “lowlands” and is characterized by its great biodiversity. The Reservoir of the Mayan Biosphere is the largest protected area of the country and along with the reservoir of southern Campeche is one of the largest tropical forest remnants in the continent.

The Petén jungle environment is characterized by trees that raise by more than 131 feet, where the Ceiba takes an important place, since it symbolizes the center of the cosmos for the Mayas, and the Kantemó, the Red Macaw nesting place. Other species of trees such as the “Chicozapote”, Cedar, Mahogany, Guayacán, Rosewood and Santa Maria are also large and has been a major source of precious woods. The Chicozapote is relevant for the production of chewing gum, which was the pillar of the economy at the beginning of the 20th century. The Ramón is also another species of tree with large size, which provided a good source of food for pre-Hispanic populations, especially in times of drought.

Other plants have been important to the economy, such as the Black Pepper and the Xate, which was exported as an ornamental plant. Guano and Corozo leaves are fundamental for roofing at the houses. The Petén area has some important rivers such as the Usumacinta, San Pedro, La passion, Hondo and Mopan, and a chain of lagoons on both sides of Lake Petén Itzá. All this environment served as very important source of the economy for pre-Hispanic people which population reached hundreds of thousands people, especially at the late classic period. This was achieved by building reserves known as “aguadas”, also the development of intensive agro systems in the zones of low flooding risk. As for the fauna, it constituted an important source of food, represented by various species of fish, birds and mammals.