The western part of Honduras is an important part of the southeast border of the Mayan world. 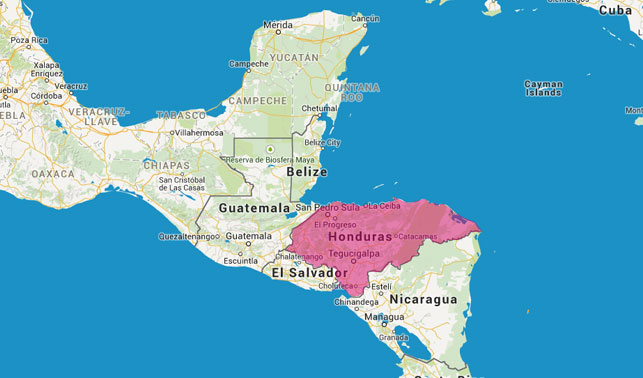 It covers the current departments of Copan and Ocotepeque, as well as the western part of Santa Barbara and Cortés. To the south and east there are other ethnic groups such as the “Lencas” and “Jicaques”, who have had a strong interaction.

In this Maya region of Honduras the main language is Ch’orti ', which is practiced in communities such as Ostuman, Carrizalón, Sesesmil, La Pintada, San Rafael, Tapescos, and La Laguna, all in proximity of Copán ruins. There are also other communities in Santa Rita, Cabañas, Paraíso, Nueva Ocotepeque, Sensenti, Choncó, Colon, and Jubuco. The geography of this region is typical of the highlands, especially in the area of the Valley of Copan which is 637 meters above sea level, which also is part of the Motagua River reservoir. Its inhabitants have still ancestral traditions and customs such as their language, worldview, gastronomy, ethnobotany, and music.

The Chorti region has a tradition of craftsmanship which includes pottery, replicas of Maya sculptures produced in the Ruins of Copan as well as various objects of leather and wood, jewelry and textiles. Its musical tradition, represented by native instruments, and dances such as the dance of the giants, they are very important. The tzikines are religious celebrations associated with the ancestors, including the preparation of altars adorned with flowers, plants, incense, food, candles and flowers. Also important are the “apadrineos of water” which are health rites with water, made by the spiritual guides.