The western part of El Salvador is an important region to the Southeast of the cultural area known as Mesoamerica, which contains traces of occupation belonging to periods Pre-classic, classic, and Post-classic. 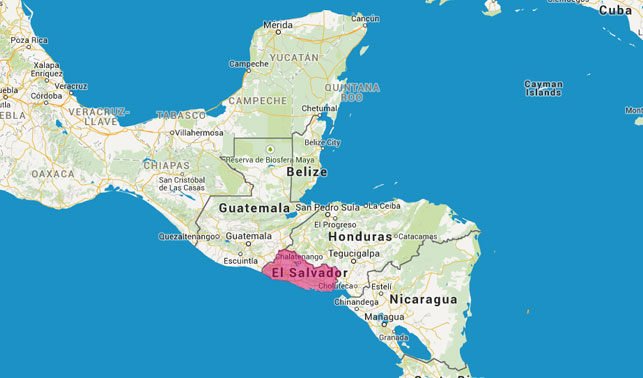 It covers the municipalities of Ahuachapán, Sonsonate, La Libertad, San Salvador, Cuscatlán and Chalatenango. A peculiar feature of Salvadorian archaeology is the presence of volcanic events in the development of the Pre-Hispanic societies, since these have directly affected the ancient populations.

At the time, some such eruptions have been as in 800 B.C. (Plan Laguna), 536 A.D. (Ilopango), between the 610 and 670 A.D. (Loma Caldera), 1658 (El Playon), among others, which are important events for the interpretation of drop-outs and renovations in archaeological sites, as well as population movements. Although El Salvador does not have communities that speak Mayan languages, its indigenous population speak lenca and nahua and represents an important Mesoamerican heritage, expressed by traditions, customs and handicrafts.

The groups known as "Maya-Pipiles" are mostly in the Department of Sonsonate, and include the communities of Izalco, Panchimalco, Nahuizalco, Jayaque, Cuisnahuat, Comasagua, San Pedro Nonualco, Santo Domingo de Guzmán and San Sebastian. Many populations have an important artisan production, such as ceramic, which highlights “Ilobasco”, although it also occurs in Santo Domingo de Guzmán, Tonacatepeque, Suchitoto and the area of Usulutan. Recently, Chalchuapa has become the leading producer of pre-Hispanic pottery replicas. The hammocks, hats, baskets and mats are produced in the region of Chalatenango and Cojutepeque; the community of La Palma is cradle of painters and copinol seed crafts. There is a tradition of furniture of wicker and tule and other handicrafts from basketry in the region of Izalco, especially in Nahuizalco. As for textiles, growing communities are San Sebastian, in the Department of San Vicente. Noteworthy is also the production of balm, which produced products of all kinds. These communities have also preserved important traditions, the dance of the “Historiantes”, and other customs such as the Festival of the Canchules of Nahuizalco, the meeting of the Cumpas in Cuisnahuat and parties of brotherhood and Easter in Izalco.